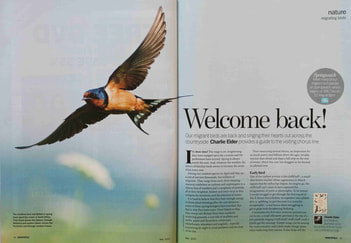 ﻿﻿﻿﻿﻿﻿﻿﻿﻿﻿Over the last few years I have written a number of wildlife features for national newspapers and magazines, including The Times, Guardian, Daily Mail, The Independent, BBC Countryfile magazine, Woman's Weekly, BBC Wildlife magazine, the RSPB's Birds magazine, as well as the Ham & High and the Western Daily Press among others, and been featured in the Western Morning News, Daily Mail, East Anglian Daily Times and on BBC Radio Nottingham, BBC Radio Devon, and BBC Coventry and Warwickshire. I have also appeared in short segments on the BBC TV series Springwatch (click here) and Coast. Features on my travels for my book Few And Far Between have appeared in the RSPB magazine Nature's Home, BBC Wildlife magazine and The Independent. I am also a Guardian Country Diary contributor (see here). 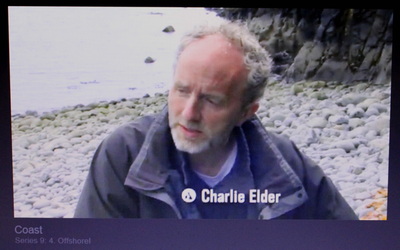 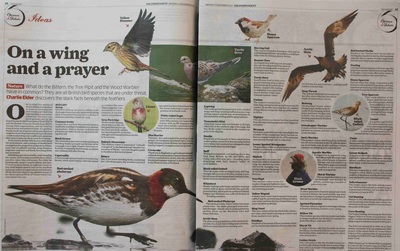 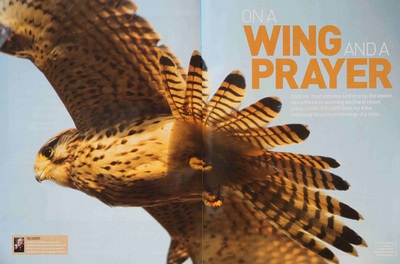 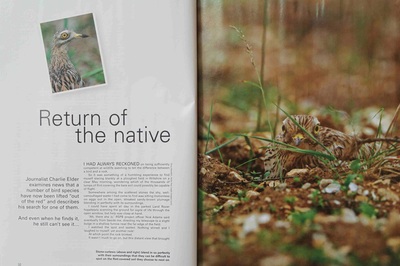 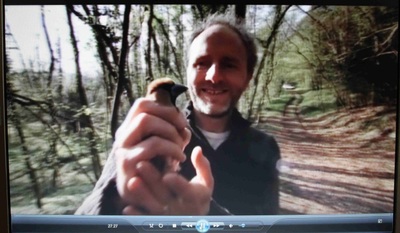 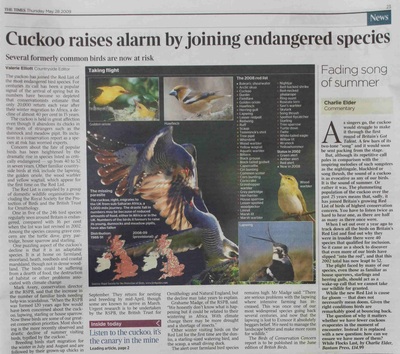 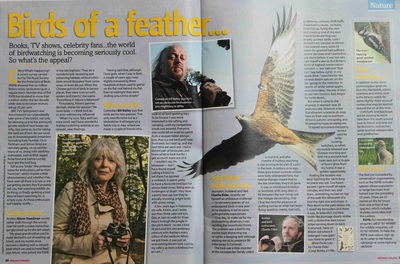 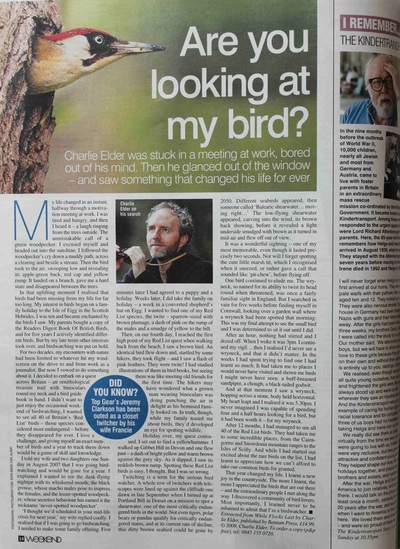 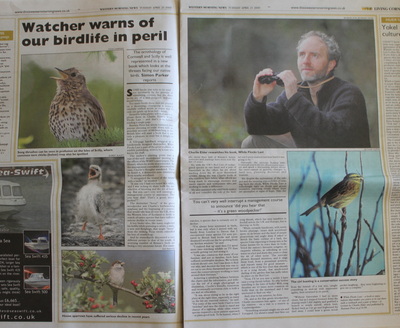 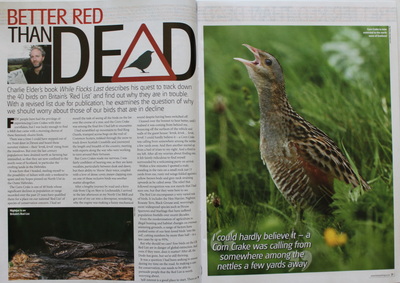 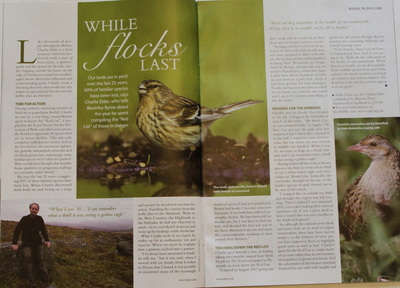 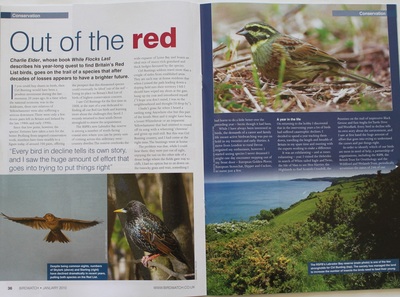 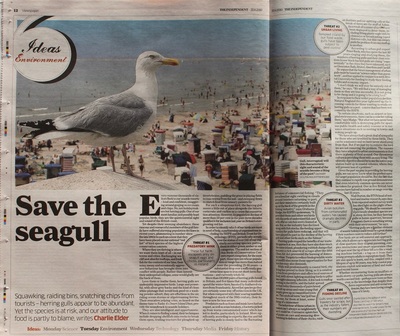 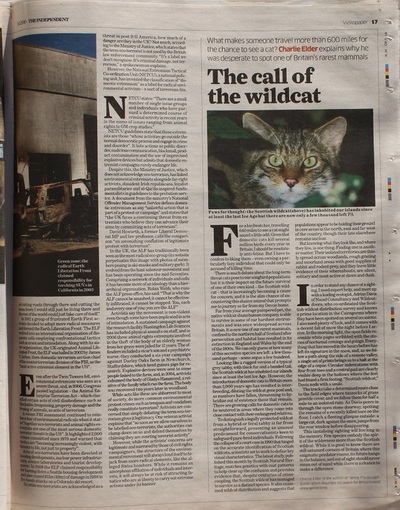 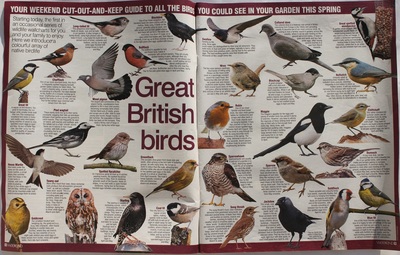 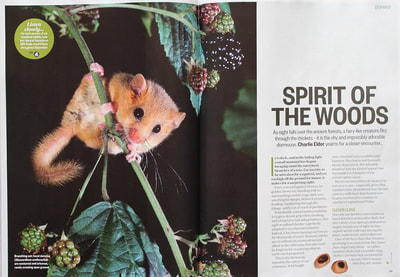 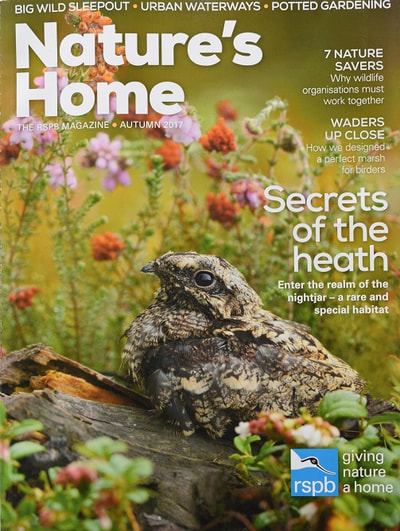 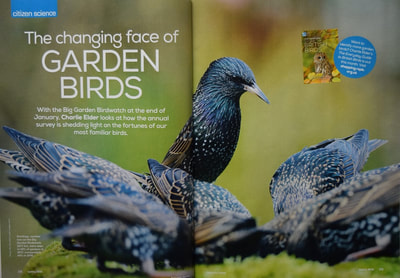